The latest 2019 research into cyber-crime and other so-called – white-collar crime – has revealed that in slightly more than 6 out of 10 cases, the perpetrator is not some foreign entity but a co-worker who is sitting near you. 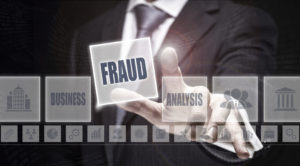 Further research has shown that the average perpetrator of white-collar crime has been with the company for more than ten years and is commonly associated with retail businesses, financial services, accounting, and communications. However, all businesses and industries are suspect from sports management to medical practices.

The white-collar crime perpetrator is generally engaged in procurement (purchasing) fraud, credit card theft, computer (cybercrime), accounting fraud, forgery, wire fraud, vandalism, banking fraud, insurance fraud and theft of goods and services. In the “60%” I am not including other, equally egregious acts, such as healthcare professionals stealing drugs for resale, sales organization bribery, or the influencing politicians.

White-Collar Crime – Who is that person?

All fraud, whether white-collar crime or blue collar is remarkably the same regardless of organization. In reviewing the white-collar crime, we see the perpetrators as having the opportunity to commit fraud, the need to commit such crimes, and invariably the rationalization as to why they committed the crime.

The opportunity part is interesting, especially given the fact that the average perpetrator has been employed in the organization for ten years or more. Long-term employees are often unsupervised. They become fixtures and they learn to see flaws and “spaces” in the organization. As fixtures doing a seemingly reliable job from day to day, there is no oversite. It may be as simple as the employee finding the supply of prescription pads, gaining passwords into human resources and employee files or improper relationships with vendors where kickbacks and other perks abound.

The need for the perpetrators to commit fraud widely vary, and it may have nothing to do with money. Other needs include jealousy, anger at the organization, political or cultural disagreements or a personal agenda.

Rationalization may be equally mysterious. When caught, the perpetrator may invoke the need to give their kids a better life or to justify the crime by saying, “Well, everyone is doing it,” or to try to bring the company down to favor the competition.

Don’t Be a Victim of Unethical Behavior

There is no white-collar crime “type.” I have seen seventy-year-old grandmothers, Ph.D. candidates, soccer moms, bank presidents, and purchasing clerks all hauled before the courts – and it’s never pretty.

The typical reaction from co-workers is always the same “He/she is the last person on earth I would have suspected.” This is where it is extremely to remove all bias from the ethical environment. Frankly, I have seen people who were suspected for no other reason than age or race or social class or religion (or lack of it) while the perpetrator was “like those” who were sitting in judgment.

My advice to any organization is always three-fold: do whatever can be done to remove temptation, always have checks and balances in place that result in oversite and institute on-going, in-depth ethical training. Ethical training, if it never serves any other purpose, causes the perpetrator “to blink.” To which I would add that ethical training must be required of everyone in the organization, not just those at the mid-levels of management and lower, for that too implies an internal bias.

Consider that in a group of 100 of your co-workers, more than 60 of them have the capacity and the potential to commit white-collar crime. How will you determine who is likely versus who is unlikely to be defrauding the organization? You can’t. Trust ethics.

YOUR COMMENTS ARE WELCOME!